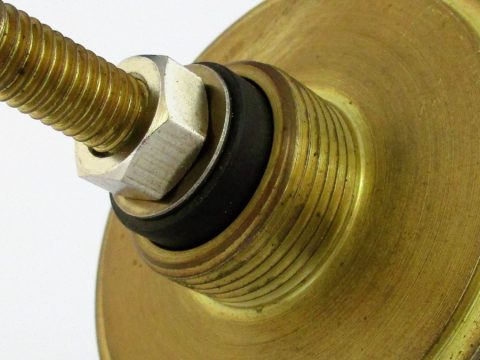 Utilising skillsets and techniques developed over decades, MPE manufactures in the region of 100 different designs of boxed ﬁlter and feedthrough solutions each month, with all production and assembly processes being conducted in-house at the company. However, since some 50% of products delivered by MPE are customised in some respect, research and development also lie at the heart of its activities.

As evidence of MPE’s commitment to continuous research and development, ongoing work has been devoted to the continued rise of ElectroMagnetic Pulse (EMP) applications and their spread into the commercial market.

In early 2015 MPE initiated an intensive research programme into these systems used in EMP protection technology. One result of the research has been two patent families covering the UK, Europe and the USA.

The ﬁrst family of patent applications (GB1600953.2, WO2017125725, EP3405963 and US16/071,193) relates to MPE’s latest feedthrough varistor system, which has a thermally activated override.  This new product not only dramatically increases switch-on speed by reducing circuit inductance, but also provides a safe and complete disconnection of the system from the circuit in the event of the varistor degrading.

The second family of patent applications (GB1600953.2, WO2017125724, EP3384509 and US16/071,179) relates to a varistor system that can be integrated into many types of power cord or plug. It enables retroﬁt or additional EMP protection to be added to virtually any device simply by changing the power plug or cord to that device.

Both products can be used in EMP and directed energy protection devices, and the respective families of patent applications were successfully prosecuted through the international phase of the Patent Cooperation Treaty (PCT), resulting in wholly-favourable examination reports being issued.  As a result, MPE expects to obtain granted patents for both product lines in the UK, Europe and the USA within the next 12 months.

These two patents are testament to MPE’s status as world leader in the ﬁeld of EMP protection. MPE fully expects these patents to be granted by the European, UK and US patent ofﬁces, once regulatory time periods have elapsed. In parallel to this, MPE is completing its r&d work, so as to fully introduce these methods into the EMP ﬁlter solutions it is manufacturing and ensure that the company remains at the cutting edge of this area of technology.