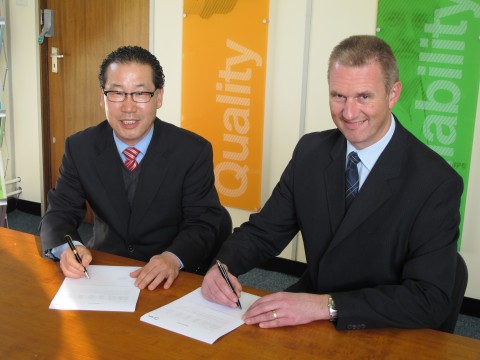 MPE has signed a strategic agreement with its Korean distributor Eretec, Inc that enables the assembly and enclosure of jointly branded MIL-STD HEMP filters in the Republic of South Korea. Eretec is based in the city of Gunpo in the province of Gyeonggi.

Maximising local sourcing to meet the guidelines of the South Korean Government, these HEMP filters, to well-established designs, will range in current rating from 6A to 200A.

In excess of 5,000 lines of MPE HEMP filter protection, compliant with MIL-STD-188-125, have now been installed around the world, without a single electrical failure having been reported and hence achieving a zero returns rate. The fact that MPE HEMP filters exceed the MIL-STD specification by some margin provides both installers and end users with an increased safety factor to counter the imperfect conditions commonly found on site and to further ensure reliability.

Eretec is the leading supplier of EMC protection facilities in Korea and has many experienced engineers who cooperate closely with government organisations. This close cooperation, led to the MPE filters being used as ‘an example of excellence’ at this year’s Commercialisation Technology Innovation Business of Small and Medium Sized Enterprises event hosted by KTL (Korea Testing Laboratory).

The image shows Jun-Sun Park, Chairman and CEO of Eretec, signing this agreement with David Seabury, Managing Director of MPE, at a ceremony at MPE in Liverpool.