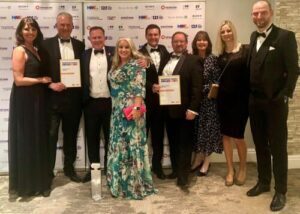 MPE Limited has picked up two awards, being named the Make UK North West SME of the Year as well as picking up the Business Growth & Strategy Award.